In the ongoing strike of the Academic Staff Union of Universities (ASUU), lecturers in Rivers State-owned universities have been warned against resuming lectures.

National President of the Association, Abiodun Ogunyemi disclosed this after the Rivers State Government announced the reopening of tertiary, secondary and vocational institutions from Monday, October 5. 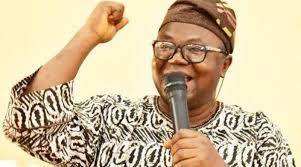 The ASUU President stressed that its branches were still a part of the ongoing strike and any violation of their directives will be appropriately sanctioned.

Also speaking, the Port Harcourt Zonal Coordinator of ASUU, Uzo Onyebinama said although the unions in Rivers State universities were on suspension for previously flouting the order of strike, it did not expect the members to resume classes.