The West African Examination Council has released the WAEC GCE (Private Candidates) 2017 results Statistics.
Only 26 per cent of the private candidates who wrote the 2017 WAEC GCE, had five credits including Maths and English, representing a drop in the results recorded in 2016.

Olu Adenipekun, the Council’s Head of Nigeria National Office, announced
the release of the November /December diet of the examination at a press conference in Katsina.

According to Mr.Adenipekun, 1,738
candidates were yet to have their full results released because they had a few of their subjects still being processed due to errors traceable to them in the
course of registration or writing the examination.

“Such errors are being corrected by the council to enable the affected candidates get their results fully processed and released subsequently’’, he said.

He said out of all candidates who wrote
the examination, 34,664 obtained a
minimum of credits in five subjects and
above, including English Language and
General Mathematics, representing 26.01 per cent.

“One will discover that the results for
2015 and 2017 are comparatively the
same.

“There can be a reason for the sharp
drop this year in this category, which we have not proved scientifically.’’

He said it could be that some candidates
needed a particular subject to make up
their deficiencies for the WASSCE for the school candidates results, in order to assist them to gain placements into the higher institutions of their choice. 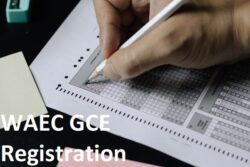 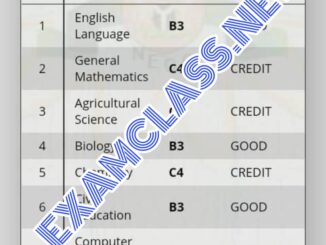